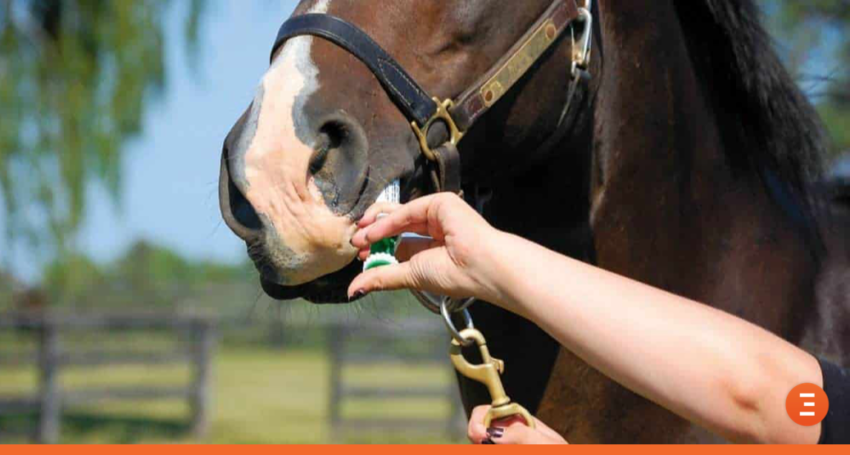 When we say to you “horses deworming”, you answer “Too easy! I know that by heart”. Well, there are many preconceived ideas about deworming. If you don’t know everything, it’s also because the studies that encourage us to change our practices are recent and it takes a little time for the right reflexes to take hold. Let’s look at it in detail.

Preconceived idea when you hold us…

“All horses should definitely be dewormed.”

Don’t panic if you find a single egg or worm in the manure. Horses naturally have worms in their digestive tract.

The issue resides in:

And there, it is a little more complicated… Focus, I explain!

There are actually two types of parasites:

Both categories are the result of a biological adaptation phenomenon. Each time a horse is given deworming medication, a “selection pressure” is created. It is a bit like the law of the fittest. We kill the weakest (our “nice parasites”) and only the most resistant survive (our “bad parasites”). We select little by little at each deworming the « worst » parasites which reproduce between them, giving new resistant parasites etc.

So? Horses deworming or not?

Yes, we deworm, but in a reasonable way! That is to say not too frequently not to select the “bad parasites”

The miracle solution to keep all worms from becoming “bad resistant worms” is sensitivity refuges! It’s a bit of a barbaric term but you’ll understand. A sensitivity refuge is a horse with little or no treatment that harbors “nice parasites” that are sensitive to dewormers. You read that right, there are horses that you can choose to treat very little or not at all against worms!

How to know if you should deworm

It’s simple. You just have to do what is called a coproscopy, or fecal egg-count (FEC). This is a sample of dung, which is sent to the laboratory so that they can count the parasite eggs.

If your horse (adult) has less than 200 parasite eggs per gram of fecal matter, it is not dewormed. He becomes a refuge of sensitivity and all the equines of the world thank it because it contributes biologically to guarantee the survival of the equine species. It’s as simple as that. 👌🏼

The future is selective horses deworming. Well, except for foals and yearlings for whom strategic deworming is recommended.

“We need to deworm horses that live in the pasture more often.”

There is a tendency to think that horses living 100% in the pasture are more parasitized than those living in a box-paddock. Therefore, we tend to deworm them more often. In fact, it all depends on the living environment. For example, a horse that lives in a large, well-maintained pasture will be less parasitized than a horse that lives in a stall and shares a paddock for his daily outing where the droppings are not collected.

In most parts of Europe, two dewormings per year are sufficient. However, as you have already understood, there is no general rule (as always in biology). Also, the frequency of deworming must be adapted to each horse according to its own sensitivity and the surrounding parasite pressure.

⚠ Be careful, systematically deworming 4 to 6 times a year, incorrectly adapting the dose to the weight (putting on too much or too little), treating in the middle of winter or practicing “dose and move” (treating all the horses in the same group and transferring them to a new, clean pasture) considerably reduces our dear refuges of sensitivity and therefore favors the appearance of resistance in parasites. ⚠

« Horses deworming are the only treatment that exists for parasites.”

In combination with a proper deworming protocol, environmental management can help reduce pasture infestation. In veterinary jargon, this is called a “sanitation treatment.” Among the alternatives:

“Parasites can’t do much harm to my horse.”

There is a tendency to consider parasitism as a trivial disease with no major consequences. Unfortunately, veterinarians are more and more often confronted with cases of incurable parasitosis. Especially when a horse is infested by “bad parasites” that no dewormer can kill.

Some very pathogenic species (Strongylus vulgaris) can migrate into the arteries of the horse and obstruct them or into the intestines and cause very severe verminous colic.

Others (Cyathostoma larvae) can cause a wide range of clinical signs (diarrhea, colic) and even death (up to 50% mortality rate). This is why, unfortunately, resistance to dewormers can have dramatic consequences.

You know by heart the famous “antibiotics are not automatic!” I will conclude with “sensitivity refuges are better than deworming!“

So, familiarize yourself with FEC and practice a selective and reasoned deworming. Don’t hesitate to talk about it with your veterinarian. They will be the best person to advise you!