It’s finally spring and with it comes the heat season. You might notice a certain number of behavioral patterns that you had forgotten over the winter. Yes, that typical mare attitude is back! 😁 Let’s put the jokes aside. You’ve probably already asked yourself: Why do mares have heat cycles and women don’t? Does it really change their behavior? Why aren’t these cycles happening all-year-round?

Ah… the secrets of nature! After you read this article you’ll be an expert on mare’s heat cycles. 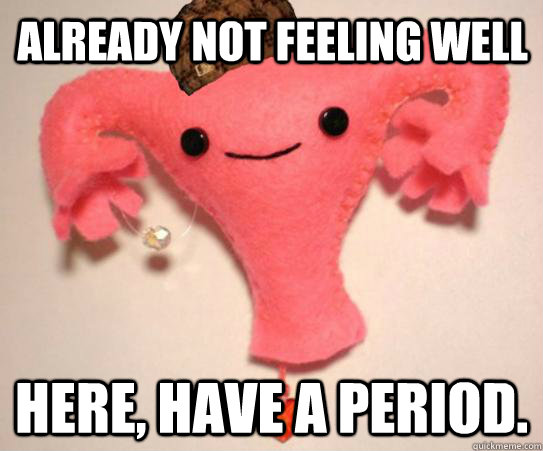 🧐 Does my mare have a cycle, like women do?

Indeed the mare does, but with a little specificity: the mare has a cyclic seasonal ovarian activity. his means that it repeats these cycles but only during the “nice season” (april to october usually). However some mares repeat the cycles all-year-long: the rules of mother earth are never set in stone.

During the reproduction season, the mare goes through heat phases (we call it the oestrus) during which she accepts the stallion, and phases we call interoestrus during which she refuses to mate.

Ovulation happens during the oestrus and an oestrous cycle represents the interval between 2 ovulations.

A cycle lasts on average 21 to 22 days (with rare cases going from 18 to 24 days). The duration of the oestrus changes this variability (the average goes from 4 to 7 days but in some cases it goes from 2 to 15 days!).

Women, and I hope you’re not learning this today, have an all-year-round cycle. It usually lasts around 28 days.

The human species’ uninterrupted fertility might be an evolutionary advantage destined to help us survive. 👍 As a matter of fact, the baby human (unlike most mammals) isn’t born autonomous and requires long-term care. Furthermore, women usually only have one child to take care of at the same time. The ability to produce an egg every month and to reproduce at any moment of the year might have allowed the human species to survive at a point where the child and maternal mortality rate were really high. Here you go ladies, now you understand why Mother Earth gave us such a formidable gift (that’s sarcasm 😅)

🧐  What happens during the mare’s cycle?

The ovarian cycle is made of 2 great phases:

During this stage of the cycle, a small number of eggs (terminal phase of the ovule fabrication) contained in the ovaries grow inside a little pocket named the ovarian follicle. It’s the oestrus period for mares (4 to 7 days). During this period, the mare accepts the stallion and its reproductive system is ready to be fertilized.

It’s at this moment that you can observe “that typical mare attitude”:

Your mare expresses her heat and her ovaries can be hurting her (so be understanding!).

It’s pretty different for women because this period is longer and has no visible sign. It starts on the first period day and lasts about 14 days. When the maturation is over, one of the eggs is expulsed out of its follicle and goes into the fallopian tube. It’s ovulation, which happens from day 3 to day 5 for a mare against day 14 for a woman.

For a mare, this is the interoestrus. The mare refuses to mate and her reproductive system isn’t able to be fertilized. However it allows for the development of a new embryo.

This phase lasts about 14 to 15 days, for a mare and for a woman. During this second phase the ovaries are stimulated by a brain gland (the hypophyse) in order to produce hormones which will prepare the endometrium (inside surface of the uterus) to receive a potential embryo.

During this phase, the mare doesn’t express any particular signs. So if she’s ticklish or impatient, you can’t blame it on her cycle 😄.

What about the hormones?

This isn’t anything new: the entire cycle is controlled by hormones. The regular occurrence of the cycles lays entirely on the balance of the hormones produced by the brain, the ovaries and the uterus!

It’s pretty complicated (even if you’ve studied that in biology during high school). So I’ll sum it up with 2 representations:

🧐 So my mare’s heats aren’t similar to a woman’s periods?

Yes, indeed, it’s not the same thing at all!

A mare’s heat corresponds with the oestrus, in other words the follicular phase. The mare expresses a few typical behaviors that show the male that they are ready to mate. No such things for a woman who doesn’t show any exterior signs during her ovulation period. It would be kind of weird 😂.

There is no oestrus phase for women, although there is a follicular phase. The hormones created by the ovary prepare the ovulation and thicken the endometrium. If there is no fertilization at that moment, the egg dies after a day but the ovary keeps on secreting hormones for about 14 days. Then, these hormones cease to be created and the endometrium detaches to be evacuated: these are periods.

For the mare, there is no “period” because the uterine lining never goes through a cycle. The endometrium doesn’t get thicker in case of an hypothetical fertilization, it will only thicken if there is indeed fertilization! In truth, most mammals are like horses and don’t get periods. We are the exception! Only some primates (great apes), the elephant-shrew and a few bat species are like us. We aren’t lucky… 🤷‍♀️

Let me represent it for you so it’s all clear:

Having periods seems less efficient for the body than having none. So why are humans subject to this biological exigence?

There are a few hypothesis on the question but a study from 2011 [D. Emera et al.] suggest something interesting. It could be because of a mother-foetus conflict. The mother and the foetus have a contradictory relationship. Indeed, the first interest of the mother is to survive the pregnancy to be able to bear other children. The foetus however will take over its mother’s body, sometimes to her detriment.

Periods would then be the consequence of a self-defense system. Women create this thick uterine lining to protect and isolate themselves from a particularly “greedy” embryo and it’s “selfish” placenta. Our embryos are particularly invasive and it would be too late to wait fot the implantation. This wall is a preventive one.

Even better: this phenomenon could select viable individuals. Indeed, the uterine lining can detect chromosomal anomalies and start a miscarriage in this case.

🧐 But why does the mare’s cycle stop during winter?

The photoperiod phenomenon (length of the daily natural light) will, through the retina, acts directly on the cycle.

And yes, this might seem crazy, but it’s all thanks to the pineal gland (still the same) located in the brain. We don’t know the whole mechanism just yet but we know it regulates the melatonin secretion (you know, this hormone we take when we can’t sleep or when we’re jet lagged), which itself regulates the sexual hormones.

That’s why when we want to have foals early in the year (race horses for instance), we put the mares under UV lamps to artificially increase the photoperiod and make them start their cycle earlier.

I hope reading this article interested you as much as it did for me when I wrote it.

Illustrations
Icons made by Freepik, Vectors Market, Pixel Buddha from www.flaticon.com
Gynecology by Mahmure Alp from the Noun Project